The Father of Jazz

Buddy Bolden is a creative genius yet a mysterious figure in the history of music. Despite the missing pieces to the puzzle of his legacy there is no mystery behind the distinct sound of the acclaimed cornetist. Dubbed King Bolden, the "Cornet King" of New Orleans and one of the founding fathers of the city's ragtime music, later to be known as Jazz. Bolden's bold and boisterous playing has reminiscently been said to be heard echoing through the neighborhoods in which he performed-- attracting fascinated listeners turned fans.

King Bolden’s distinct ear for music and ingenious improvising ability earned him the title of a pioneer. Buddy’s musical blueprint is the foundation to the sounds of multiple genres of music that we all enjoy today; Jazz, Rock n Roll, R&B and Hip-Hop. Bolden’s musical boldness that contrast with the music of his time would be marveled and imitated by musical giants in years to come. 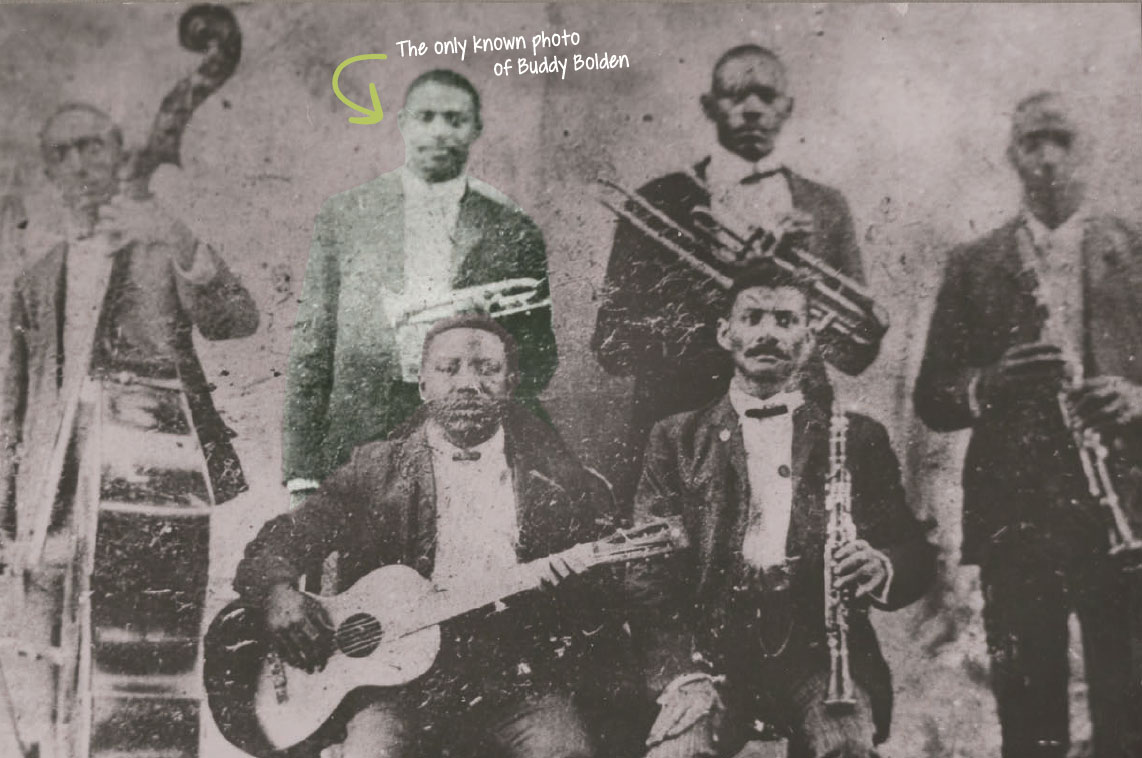 Although, rumored to be a barber by trade, Buddy allowed no corners to be cut to interfere with his innate musical gift. His inability to read music did not deter him from becoming amongst the most popular of musicians during his time; with musical legends such as Jelly Roll Morton whom sung of his praise. Unfortunately, his pioneering sound was never captured or successfully recorded partly due to his lack of trust in publishing companies. Like many other Black musicians of his time, Buddy feared that his unique musical gift would be replicated and exploited.

Succumbed to a mental decline in the early 1900s, Bolden lost his ability to play music and shortly after was committed to a mental hospital where he lived until he died November 4, 1934. Despite becoming married and starting a family at the height of his musical career, he found comfort and safety in returning to his childhood home where his mother resided. Bolden’s mother and other family members tried to support him as much as possible with his mental health challenges. Unfortunately, due to lack of access and limited clinical sophistication in the field of mental health during his time, Bolden did not receive adequate treatment and support that would allow him to remain functional in society. King Bolden’s profound musical legacy overshadows the ending of his life narrative and has permeated many generations and genres of music globally.

We are no longer accepting applications.